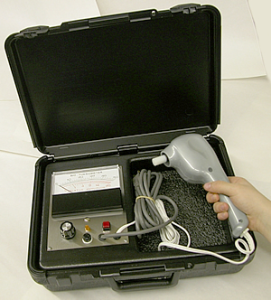 The Bio-Thesiometer is an instrument designed to measure simply and accurately the threshold of appreciation of vibration in human subjects. It helps to detect and quantify early sensory loss in patients with diabetes.
The Bio-Thesiometer is used as a research device in many neurological diseases especially during diabetes. It is essentially an “electrical tuning fork” whose amplitude may be set to any predetermined level or whose amplitude may be gradually increased until the threshold of vibratory sensation is reached.

© Copyright 2013. All Rights Reserved by Diabcare.